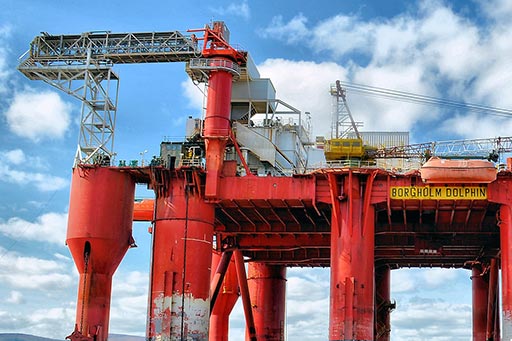 From the middle of twentieth century onwards, crude oil has become one of the main indicators of economic activity worldwide, due to its outstanding importance in the supply of the world's energy demands. Nowadays, the importance of crude oil as the main source of energy has waned somewhat, due to the appearance of alternative forms of energy (such as wind, water, and solar power). Notwithstanding this, the importance of oil exceeds economic aspects and affects social life in general. Thus, the prevailing view among economists is that there is a strong relationship between the growth rate of a country and oil-price changes. Precisely what form this relationship takes, and how it might be modified, and other such questions are issues of outstanding value.

In addition, there are variables which result in imbalance between supply and demand that also serves as the fundamental factor on why oil prices hike. These are:

Seasonal change is another factor which causes the imbalance between oil demand and production. Especially, the consumption patterns in Europe and the USA are clearly dictated by the season. That is, in winter, the demand of heating oil (mainly diesel and fuel oil) is higher than other types of oil. Normally, the oil traders start to increase inventory of heating oil in the fourth quarter of the year to prepare for the winter at the beginning of the year. As a result, the price of oil tends to increase during the said period. In addition, the demand is sensitive to the coldness. The colder it gets, the higher the demand is. Due to the 1 fears of the oil shortage, the consumers increase their oil inventories which also results in an oversupply and may affect the price as well. Meanwhile, summer is the driving season for the western countries, starting in the third quarter of the year or around July. Given that the demand of gasoline is higher than other types, its price tends to increase in the second quarter of the year. In sum, the weather is another fundamental factor which contributes to the changing demand and supply and the price of oil.

Typically, each country has to reserve oil for energy stability and security. Large consumer has to maintain the right inventory level just to sufficiently meet the demand in order to reduce the expense. The sufficient oil inventory will lessen the worry in the supply shortage. The price is likely to be softened. In the meantime, when the demand exceeds the forecast, the inventory then decreases as the consumption rises and results in undersupply. Under such scenario, the price will then adjust upward. As a result, the large consumer such as the USA or European countries, have paid a particular attention to the oil inventory.

The discovery and technology development to exploit other alternative energy sources such as natural gas, coal and nuclear and others to substitute oil at competitive prices and efficiently meet the consumers need, will decrease the demand and price of oil. As long as the technology and development is still limited, the price of oil will fluctuate and depend on the imbalance between demand and supply. Nevertheless, the world oil crisis alerts the people who suffer from the oil price to accelerate their plan to develop other alternative fuels. If alternative fuel can be developed to replace oil, the equilibrium between demand and supply will then take place.